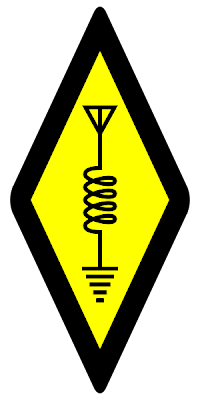 What is Amateur Radio?

Amateur Radio is a radio service that anyone can get involved with. Amateur radio is also known as" Ham" radio, which you may have heard of it at one time or another. No one knows for sure why amateur radio operators are called hams, the original meaning has been lost over the years. Many theories exists as to the meaning of "ham", but nothing concrete. Amateur radio operators have been around since the beginning of radio, but the Amateur Radio Service did not come along until the advent of a licensing body.
During the beginning of radio, around the turn of the century, many basement experimenters built radio transmitters and receivers. These were called Spark Gap transmitters. They occupied a very wide bandwidth when transmitting. These stations would interfere with ship to shore communications on several occasions with their wide bandwidth transmissions. After years of complaints from these ship to shore stations, and among other concerns, it was decided that this new technology needed a structure and regulation. Hence the US FCC (Federal Communications Commission) was born, it was called something else at that time.
Band segments were set aside for each specific service that was created and the "amateurs" enjoyed their own segments of the radio spectrum. Extending up into the HF, VHF and UHF bands, which at that time were considered "worthless”! Hams enjoy worldwide communications daily using homemade as well as commercially built equipment. Amateurs do not broadcast their transmissions, they have two-way communications with other amateurs. In fact, it is illegal for amateurs to broadcast information for the general public on the amateur radio bands or communicate with non-amateurs.
Every amateur radio station has a call sign and in Malaysia the amateur radio license is issued by the Suruhanjaya Multimedia dan Komunikasi or Malaysian Communication and Multimedia Commission (MCMC). Other countries have their own licensing body, and just about every country in the world has an amateur radio service. Internationally, the requirements for obtaining a license are similar. A ham in China is required to take a test similar to that of a ham in the USA or any other country, although the licensing structure may vary with regards to license classes. All amateurs are restricted to the same bands or frequencies depending on his or her class of license.
Just like all air traffic is controlled on the same frequencies around the world. It would be very difficult if you didn't know where to look for other amateurs! Amateurs provide emergency communications when disaster strikes around the world. Floods, earthquakes, fires, tornadoes etc. have all called the active ham into public service. Providing emergency communications when ordinary communications are out of service. Thereby making the amateur radio service a vital source for communications when needed. Many lives have been saved over the years because of amateur radio, vital life saving information has been passed through amateur radio stations. It is a hobby and no monetary gains can be made from the use of amateur radio, which is strictly prohibited.
Amateur radio is not CB radio. Citizens Band, or CB, is a completely different service altogether . One of the goals of amateur radio is to spread “international goodwill " around the world amongst other hams, it is kind of like a brotherhood of sorts. Countless friendships have grown through the means of amateur radio. Hams on one coast become friends with hams on the other, people that otherwise would have never known about each other have met while enjoying their hobby. Sure, there are times when someone will do or say something on the air that invokes an argument or rude behavior. But like any aspect of the human society, we learn to deal with it and make amends. For the most part, hams are ladies and gentlemen, and respect the wishes of others. Most hams will welcome you into their "roundtable" at anytime, provided you follow good operating practices. Many are very willing and eager to help a beginner with his or her station operation or getting licensed.

Have you recently received your amateur radio operators license and don't know what to do with it? Why not check out your local radio club and find an "Elmer”? Don't know what an "elmer" is? Then keep reading. Questions have been asked on some "insiders" information as to what some of the lingo which you hear on the bands means. So hopefully answers to some of your questions can be found here and clear up some of the "mysterious" words and phrases you will encounter while tuning to the ham frequencies. Most phrases and "codes" come from communicating via morse code. It is much faster to send a series of code letters or numbers than it is to spell each word out one at a time. Therefore, a group of codes was derived to make it easier on the Morse operator during his/her sending. I will not list them all as most are not relevant to your operating practices, but will list the most common ones heard on the bands today.

The meanings carry over to phone (SSB, AM, FM) as well as the digital modes . Try to refrain from using the "Q" codes on phone unless the band conditions are really poor. Why? Because if you are communicating with someone else who speaks your same language (which is most likely) there is no need to use codes as they will better understand you if you speak plain English (or whatever language you are speaking!).

An "elmer" is a kindly ham who helps newcomers get started in amateur radio. Many are happy to invite you into their "shacks" for a demonstration as to how an amateur radio station operates. Others enjoy helping with the testing procedures, and getting a station set up and on the air. Many Elmers can be found at your local ham radio club, contact the Malaysian Amateur Radio Transmitters' Society (MARTS) for information on any clubs you may have in your area.

Amateur radio, the scientific hobby that brings together enthusiasts in many parts of the world, irrespective of race, creed, or social standing, was first introduced into Malaya in the late 1920s. Amongst the early pioneers was R.E. Earle, VS1AB, who was active during 1928 to 1930. At that time, overseas transmissions were scarce and irregular. Also the late G.M. Salt, VS2AF, who commenced in 1930 from Glenmarie Estate, Batu Tiga, Selangor, and the late T.G. Laver, VS2AC, from Masai, Johor.
The late A.N. Randall, VS3AB, operated from Johor Bahru. Reg. Hollis-Bee of the Public Works Department operated as VS2AG from Kuala Kangsar, Perak. During 1932, VS2AF and VS2AB operated successfully on 56 MHz over a distance of 10 miles. E.C. Yates, VS1AD, was operating on the 20 and 40 meter bands in between 1920 and 1930 on Phone and CW (continuous wave). During 1930, he obtained permission from the Posts and Telegraphs to opera a broadcast service on 42 meters. Programs were broadcasted on Monday, Wednesday, and Friday evenings from 6 pm to 8 pm, and on Sunday mornings from 11 am to 1:30 pm. In 1932, he relayed the dance music from the Adelphi Roof Garden on the occasion of the Annual Ball of the Singapore Amateur Radio Society. These transmissions were well received throughout Malaya. In November 1933, the Posts and Telegraphs granted a license under the call of 2HI in the 49 meter band, and the broadcasts were concluded on the 42 meter band.

Jim Macintosh, VS2AA, came on the air during January 1934. Using only 5 watts, he established two-way working with five out of the six continents on 40 meters CW during his first month. The missing continent was South America, which is still a difficult continent to contact. Before the year was out, never using more than 20 watts, he had his WAC (Worked All Continents), and WBE (Worked all British Empire). The first WAC for Malaya was made by A.N. Randall, VS3AB.

In the early days, communication was restricted to CW. But today, Malaysian amateurs, perhaps better known as hams, can be heard in most evenings on 15 and 20 meter bands conversing on phone with other hams in Australia, north America, Europe, Africa, and occasionally with the extreme ends of the earth, eg. Virgin Islands.

For local contacts between amateurs in Malaysia, the 40 meter band is the most popular. And there has been a regular Sunday morning phone net for several years. It usually ets going at around 9:30 am, and sometimes lasts into the early afternoon.

Since the World War II, groups keen amateurs have formed societies to promote their interests, and lend a helping hand to the beginners. The Perak Radio Society and Selangor Radio Society were formed in 1947, whilst the Malayan Amateur Radio Transmitters’ Society was registered in 1952. The latter’s chief function being to act as a central bureau for both inward and outward QSL cards (confirmation of contact) between the Malayan stations and amateurs situated overseas.

The tendency had been for the Malaysian Amateur Radio Transmitters’ Society (MARTS) founded in 1952, to expand at the expense of the local societies with the result that the smaller societies have been wounded up. The service provided to members will then be always up to the standard envisaged by its founders.