The Ten Principles of Hassan al-Banna 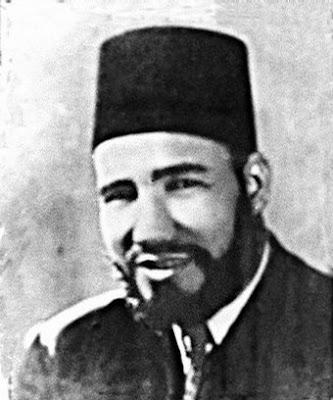 1.) The Unity of the Ummah. He considered it in itself a primary and important goal that we must strive for. "Do no disagree, then you fail and lose the wind (in your tail)."

2.) The Agreement on Principal Matters. Such that we start by considering everyone who declares shahadah - La ilah illaAllah, Muhammad arrusulAllah - as our companion and part of the Muslim group.

3.) Assume First that You, Not Your Muslim Brother, May be Wrong. And see how you find the truth impartially.

6.) The Possibility of Mulitiple Correct Answers. He referred to the Prophet telling the sahabah to pray Asr in Bani Quraiza, how some of them prayed Asr when it's time came, while others prayed it when they reached Bani Quraiza after sundown, and how the Prophet praised both parties.

7.) The Group Participation in Agreed Upon Matters and to Excuse One Another in What is Disagreed Upon. He emphasized, "We all agree on prohibiting alcohol, adultery, and gambling, and we agree on the duty to govern according to Quran so let us invite governments to implement it; we agree that honor and respect are due to Muslims, so let us impart these ideals to Muslims, we agree that jihad is the means to accomplish honor so let us train the individual, and to raise children with the necessary spiritual and physical training."

8.) Thinking of the Danger of the Common Adversary. He reminded Muslims of the present external enemies who do not differentiate between Muslims or different views or different national origin. The enemy considers Muslims enemies of his religion, and their homelands a prize to be dominated for its resources. He emphasized the need for unity to deter aggression.

9.) Opening the Avenues for Work and Productivity. He recognized the duel purpose of working hard, to produce more and to stay free from the evil of idleness. He encouraged members to excel in schools and jobs, and to seek earning from lawful sources and to shun laziness and dependence on others. He encouraged them to fill in duties that others have not even identified, such as visiting brothers far and near, volunteerism, and to allow time each day for examining how they have done for the sake of Allah.

10.) Sympathy for Those Who Do Not See the Light. Rather than being angry with them or exposing their shortcomings. He never attacked his accusers or distractors on personal matter, but rather sought Allah's help in making His message clearer to those who were listening.
Oleh airmien at 10:57:00 PM